How many fewer doses of the COVID-19 vaccine have Poland received so far? We counted

Konkret24 analyzed the government’s COVID-19 vaccine delivery plans and their implementation in the case of three manufacturers. Estimates show that so far over half a million doses of the vaccine have reached Poland less than assumed in the schedules.

On Monday, February 22, in the morning, about 390,000 doses of the Pfizer vaccine arrived in Poland by air, informed the Polish Press Agency Michał Kuczmierowski, president of the Material Reserves Agency. Still, the number of doses of the COVID-19 vaccine expected by the Polish government from the beginning of the vaccination campaign do not match what we receive.

We analyzed how government delivery schedules have changed following information from manufacturers about the reduction in shipments. We counted how many fewer doses of the vaccine than planned reached Poland from the start of the vaccination campaign until February 19.

Prime Minister on vaccines: I call on the European Commission to force companies to properly implement the contract Video: tvn24

According to the National Immunization Program adopted on December 15, 2020, approximately 62,060,000 doses of the COVID-19 vaccine were to be delivered to Poland this year. The individual companies were originally supposed to deliver:

On January 21, in “Rozmowa Piaseckiego” on TVN 24, health minister Adam Niedzielski announced that an additional 25,050,000 doses will be delivered to Poland. At the beginning of February, he announced that “at the moment we have a security of 100,000,000 doses.

According to the indicative government timetable published on the web, it is exactly about 99 632 747 vaccine doses. They are to be delivered to Poland by the second quarter of 2022.

However, until February 22, only three vaccines were approved for use in the European Union: Pfizer / BioNTech, Moderny and AstraZeneki.

Producers are cutting supplies, the government is changing schedules

The ordered doses of the preparation are delivered to Poland in batches. According to the government presented on January 14 schedule for the first quarter of 2021 A total of about 6,156,000 doses of vaccines are to be delivered to Poland during this period, of which 5,316,000 from Pfizer and 840,000 from Moderna.

However, on January 15, Pfizer announced that it would slow down vaccine deliveries to European Union countries in January / February – and it did. He explained this with the need to carry out renovation works in one of the Belgian factories where the vaccines are produced. Minister Dworczyk said at the time that this would force changes in the schedule of the National Vaccination Program.

On January 18, the government published an updated schedule. There is information that “we will be getting approximately 366,000 fewer doses from Pfizer by mid-February 2021.” The total number of doses to be delivered to Poland in the first quarter of this year is estimated at around 5,800,000 million.

At the end of January, AstraZeneca and Moderna also announced a reduction in deliveries. “We have just been informed by the Moderna company about the reduction of vaccine deliveries for February by 25 percent. This means another, big problems in the supply of vaccines to Poland. This also means for us the need to verify the vaccination schedule and puts us in a very uncomfortable situation” – he informed on January 29 president of ARM. This meant that in February we would get 300,000 out of the planned 400,000 doses.

A spokeswoman for AstraZeneki explained then that the reason is the lower production of vaccines in one of the plants “in the European supply network”. In turn, in early February, it said that “to compensate the European Commission and EU member states for the inconvenience, the manufacturer of AstraZeneca will supply nine million doses of its vaccine against COVID-19 than it initially announced.”

On February 9, Minister Dworczyk informed that “the entire delivery time, delivery dates, and the size of deliveries made by producers leave much to be desired and this actually affects the National Immunization Program”. He explained that “these are the consequences of the actions of the vaccine manufacturers.”

On February 19, the third schedule of vaccine deliveries to Poland appeared on the government website and in social media. This is the first to include AstraZeneki vaccines.

Supply balance according to the Material Reserves Agency

After almost two months from the start of vaccination in Poland, we asked the Material Reserves Agency for information when the vaccine was delivered to Poland, from which producers and in what quantity. We received the data on February 19. By comparing them with the government’s delivery plans, you can estimate how much less vaccines than announced we have received so far.

In the table we present this balance, i.e. how many doses of which vaccines were to come to Poland – and how many came. And what is the difference. Except government schedules are rounded off the numbers of doses, and the ARM data are accurate to the dose, so we calculated the difference as an estimate, and where we did not have data, we marked it. Despite these shortcomings, it is the first such balance of plans and implementation.

The first shipment from Pfizer to Poland arrived on December 26 – 9,750 doses. Two days later there was another – 333,060 doses. The next ones were on January 4 and 11 – 354,510 doses each. The first delivery, after information from the manufacturer about the restrictions, arrived in Poland on January 18 – instead of the declared 354,000 doses, only 176,670 were delivered. Below is a summary of the actually delivered number of doses versus the planned:

Comparing the estimates to implementation, by February 19, 289 690 doses of this manufacturer’s vaccine were delivered to Poland less than planned

On January 12, the first transport of vaccines from Moderna arrived in Poland: 28,800 doses. January 24 – the next of 42,000 doses. Both as planned. However, vaccines from this manufacturer only began to reach vaccination points from January 25. The head of the ARM assured that the suspension of their release did not affect the vaccination schedule.

Following information from the manufacturer of the cut in supplies, only 82,000 doses were delivered on February 11, instead of 102,000 doses announced.

Comparing the estimates to the implementation, by February 19, 20,200 doses of this manufacturer’s vaccine less were delivered to Poland.

On February 6, the first transport of 124,800 vaccines from AstraZeneka arrived in Poland. This time, the delivery was greater than the declared approx. 120,000 doses. On the next shipment on February 11, there were 146,400 doses. We were unable to find information about the original size of this delivery.

Comparing the estimates to the implementation, even from the latter shipment, it shows that by February 19, 245,600 doses of the vaccine from this manufacturer less were delivered to Poland.

More than half a million doses of the vaccine less

The transport on February 22 of 390,000 doses of the vaccine from Pfizer is also less than expected for that day – by 9,000. The delivery of vaccines from Moderna is expected at the end of the week, and the transport of AstraZeneka next week.

Another blow to the European vaccination campaign, reports Reuters. AstraZeneca announced that due to a production defect, the first shipments of vaccines will be lower than expected. According to unofficial information, only 31 million doses will reach EU countries in Q1 instead of 80 million. 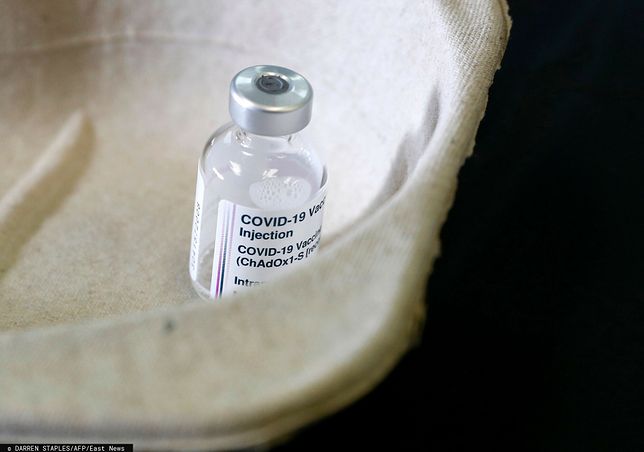 The German website bild.de was the first to inform about smaller supplies of AstraZeneca vaccine. Soon the company confirmed it in a statement.