Schoolgirl accused of extremism – in Penza, the school director complained about the student – News of Russia – UNIAN

The schoolgirl published posts on social networks about the upcoming uncoordinated protest action.

In Penza, the police are checking the posts of an eighth-grader for extremism and calls to overthrow the government. The school administration announced the girl.

Read alsoRospropagandist Solovyov praised Hitler on the air of his show (video)Writes about this “7×7”.

The schoolgirl published in social networks posts from the Penza group “Leninsky Komsomol” about the upcoming uncoordinated protest action.

Vera Makhonina, the acting headmaster of School No. 66, wrote a statement against her, demanded that the posts be removed and called her parents to school.

“They said that I shouldn’t be interested in politics, more precisely -“ be interested, but don’t get involved in it ”. And that “I could at least think about my mother,” since she is responsible for me. As a result, they said that “we are not telling you anything,” “you can do as you want,” the schoolgirl said. 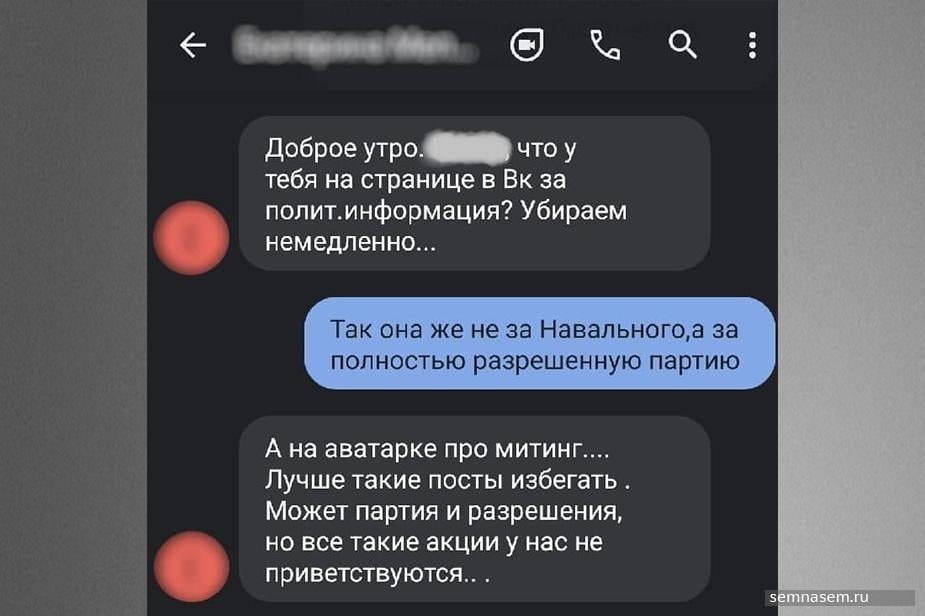 If you notice an error, select it with the mouse and press Ctrl + Enter